Cannabis is no longer a scary brand partner, and BTS eats it up. 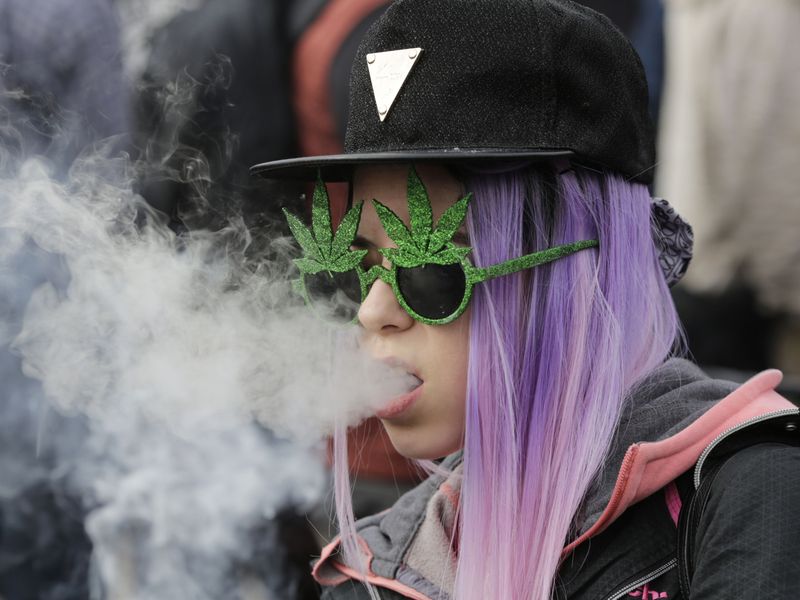 Welcome to Ad Age’s Wake-Up Call, our daily roundup of advertising, marketing, media and digital news. If you’re reading this online or in a forwarded email, here’s the link to sign up for our Wake-Up Call newsletters.

This year’s 4/20 came amid a flurry of legalization, and along with decriminalization, it seems that brands are becoming even more comfortable associating with the devil’s lettuce. “This year, efforts [from non-weed brands] like Jimmy John’s French bread-baking livestream and Slim Jim’s Doge-inspired snacks, are playful,” writes Ad Age’s Ilyse Liffreing. “Others, however, take on ongoing issues surrounding the plant, like decriminalization and federal legalization.”

Snoop Dogg is again partnering with marijuana delivery and technology service Weedmaps for “Higher Together,” a musical livestream supporting the Last Prisoner Project, which works to help people incarcerated for crimes related to cannabis.

Ben & Jerry’s has munchies-inspired ice cream flavors (and an effort to expunge criminal records), and “The View” host Whoopi Goldberg is on the cover of the premier issue of Black Cannabis Magazine to promote her new edibles brand Emma & Clyde.

Peloton’s stock price dropped on Monday after the U.S. Consumer Product Safety Commission urged consumers to stop using the Tread+ after reported injuries and a child’s death. But the company’s response could be further damaging its reputation.

“Publicly taking on the CPSC could be problematic for Peloton as the agency ‘can create a lot of pressure through traditional and social media, especially when children’s safety is concerned,’” Karen Doyne, president of Doyne Strategies tells Ad Age’s Adrianne Pasquarelli. “In addition, the CPSC has been under pressure in recent years to be tougher on companies following recall delays with Fisher-Price Rock ‘n Play sleeper, for example.”

Peloton’s response to criticism essentially amounts to a dismissal, with the company stating there is “no reason to stop using the Tread+, as long as all warnings and safety instructions are followed.” But that does little to assuage the fears of customers, many of whom bought the machine for safety reasons in the middle of a pandemic.

It’s reminiscent of public response to the Johnson & Johnson coronavirus vaccine, which has been tied to just six cases of blood clots. The relative risk is less important than the perception of the risk, and assurances to the contrary mean little.

Speak not ill of the dead man

Closing arguments in the trial of Derek Chauvin, the former Minneapolis police officer charged with the murder of George Floyd, are over. And while the country braces for the jury’s verdict, Facebook is being proactive about removing posts critical of Floyd (who, everyone must remember, was the victim and not on trial).

In a blog post on Monday, the company said it “will remove content that praises, celebrates or mocks George Floyd’s death.” That’s a shift from its generally laissez-faire attitude to content on the site, even violent or offensive posts and streams.

The company also said it will delete posts calling for people to bring firearms to Minneapolis. Last year, the company came under fire after militant organizations created Facebook events urging supporters to travel to Wisconsin. A 17-year-old did exactly that and killed two people.

Ad Age Next: Retail is today. If you haven’t registered yet for this virtual event, there’s still time before sessions start at 11 a.m. EDT. You have to be registered to hear from the CMOs of brands like eBay, Petco, Klarna, American Eagle and more—go to adage.com/nextretail now to save your spot.

The next meal in McDonald’s lineup of celebrity-fave combos has the potential to be bigger than any before. K-pop superstars BTS, arguably the most popular musicians in the world, follow Travis Scott and J Balvin through the golden arches to a land of lucrative endorsements.

“The signature meal for the seven-member band includes a 10-piece Chicken McNuggets, medium fries and a medium Coke, and comes with two dipping sauces, sweet chili and cajun,” reports Ad Age’s Jessica Wohl. “Those sauces will be new to the U.S. and were inspired by recipes from McDonald’s South Korea.” (Sorry, ARMY, it’s just one meal, not one for each of the boys.)

McD’s apparently knows the fan base, though, because it followed the announcement with a social push, and no one can build social buzz quite like K-pop stans. The signature “Ba Da Ba Ba Ba” gets a BTS treatment on TikTok, and the brand traded memes with fans on Twitter.

OK Computer: A new Morning Consult poll has good news for tech brands. Google, PayPal and Microsoft are the most trusted brands in the world, according to a survey of 300,000 people globally. Rounding out the top 15: YouTube, Amazon, Sony, Adidas, Netflix, Visa, Samsung, Nike, Nestle, Mastercard, Disney and Colgate-Palmolive.

A card would be nice, too: Yes, this week is 4/20 and Earth Day, but Apr. 23 is Vagina Appreciation Day, and Whitney Cummings stars in a spot from McCann New York for contraceptive ring Annovera, encouraging people with vaginas to have an orgasm “like it’s your duty.” Wondering why there’s no Penis Appreciation Day? Much like White History Month, it’s every day.

Drop by drop: Coca-Cola’s CEO announced it would raise prices on its drinks next year to offset higher commodity prices, CNBC reports. Competitor Pepsi will move toward smaller bottles and cans to boost profits, as well.

That does it for today’s Wake-Up Call. Thanks for reading and we hope you are all staying safe and well. For more industry news and insight, follow us on Twitter: @adage.

From CMO Strategy to the Ad Age Datacenter Weekly, we’ve got newsletters galore. See them all here.

We use cookies on our website to give you the most relevant experience by remembering your preferences and repeat visits. By clicking “Accept All”, you consent to the use of ALL the cookies. However, you may visit "Cookie Settings" to provide a controlled consent.
Cookie SettingsAccept All
Manage consent

This website uses cookies to improve your experience while you navigate through the website. Out of these, the cookies that are categorized as necessary are stored on your browser as they are essential for the working of basic functionalities of the website. We also use third-party cookies that help us analyze and understand how you use this website. These cookies will be stored in your browser only with your consent. You also have the option to opt-out of these cookies. But opting out of some of these cookies may affect your browsing experience.
Necessary Always Enabled
Necessary cookies are absolutely essential for the website to function properly. These cookies ensure basic functionalities and security features of the website, anonymously.
Functional
Functional cookies help to perform certain functionalities like sharing the content of the website on social media platforms, collect feedbacks, and other third-party features.
Performance
Performance cookies are used to understand and analyze the key performance indexes of the website which helps in delivering a better user experience for the visitors.
Analytics
Analytical cookies are used to understand how visitors interact with the website. These cookies help provide information on metrics the number of visitors, bounce rate, traffic source, etc.
Advertisement
Advertisement cookies are used to provide visitors with relevant ads and marketing campaigns. These cookies track visitors across websites and collect information to provide customized ads.
Others
Other uncategorized cookies are those that are being analyzed and have not been classified into a category as yet.
SAVE & ACCEPT

FREE Shipping on ALL DEVICES! Dismiss

Shopping cart
There are no products in the cart!
Continue shopping
0